The devastation of Hurricane Maria on the Commonwealth of Puerto Rico last September  20th brought  campus-wide, humanitarian responses from Capital Community College’s staff, faculty and students throughout the fall semester.  Members of the college community joined other organizations and individuals in Greater Hartford with helping hands and resources that are still needed for recovery from the Category 4 storm on the island and to aid displaced families coming to Connecticut from the hardest hit areas of Puerto Rico.

The campaign was launched on October 4th at a meeting to discuss how Capital could assist with  humanitarian relief efforts.  Joe Rodriguez, Deputy State Director for U.S. Senator Richard Blumenthal, shared information on conditions in Puerto Rico and organizing began to respond to the humanitarian crisis.

Organizers immediately joined an online campaign encouraging donations to provide long-lasting solar lights to the people of Puerto Rico amid a loss of electricity that persists into 2018. 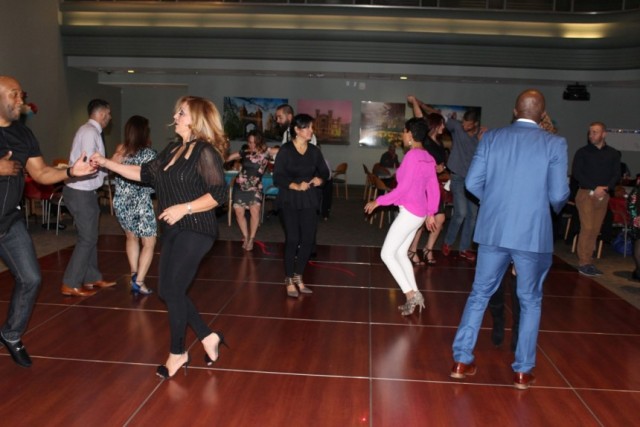 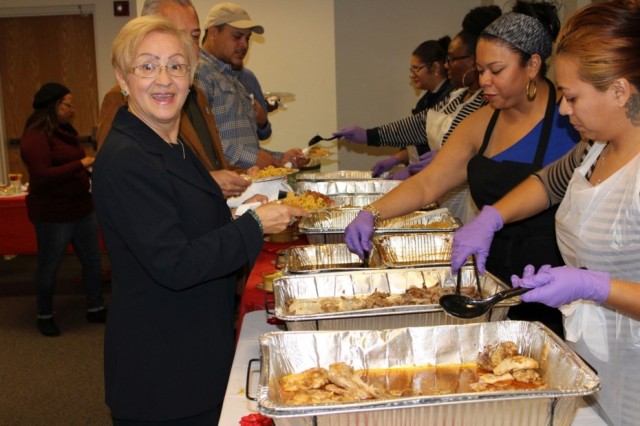 Hartford restaurants responded with food for the fund raiser. At left is State Rep. Minnie Gonzalez 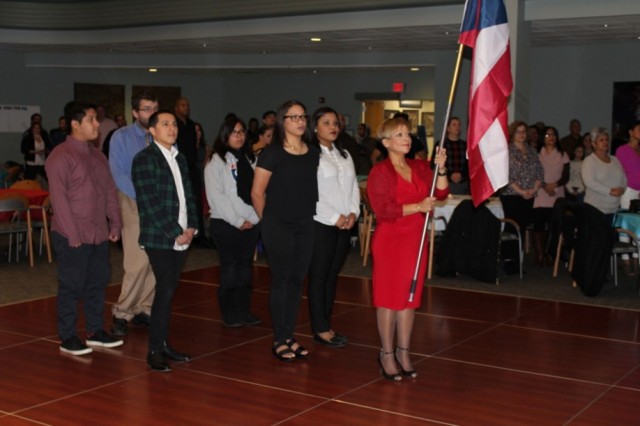 Marisol Malave (holding flag), organizer of the college’s response to the crisis in Puerto Rico, leads ceremony at the start of dinner dance

A group of students from Professor Hamish Lutris’ American Government class organized a month-long collection of coats, hats, gloves, shoes, diapers and basic necessities for Puerto Rican families displaced from the hurricane who have arrived in Hartford.  With LASA and the Student Senate helping, the students accepted donated items through December 19th at collection boxes for distribution to families through the Capitol Region Education Council.

“On behalf of my students and the others who worked on this drive, thank you for your generosity. In giving so freely, you have shown that Capital is really this community’s college.” Lutris said. And Lutris praised Malave and Marrero for their leadership.  “The drive would never have gotten off the ground without the work of two people, Marisol Malavé and Carmen Marrero. They are experienced and cheerful to work with, and highly effective. They proved excellent mentors to the students, most of whom were engaged in an effort like this for the first time.” 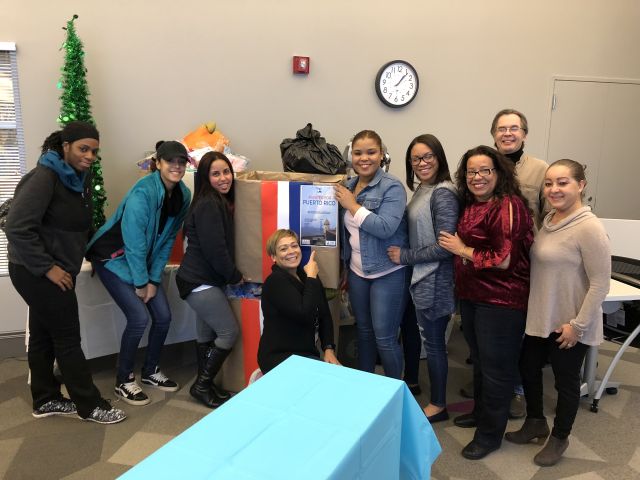 A weblog for alumni and friends of the Capital Community College Foundation, Hartford, Connecticut active from 2009 to 2022, Comments and information pertaining to the College and College Foundation are welcome. John McNamara (Editor) Director of Institutional Advancement and Foundation Liaison Retired.
View all posts by @ Capital →
This entry was posted in Community Service, Events, Giving, Puerto Rico and tagged capital community college, Hartford, Hurricane Maria, Puerto Rico. Bookmark the permalink.